How retail marketers can benefit from cashierless stores 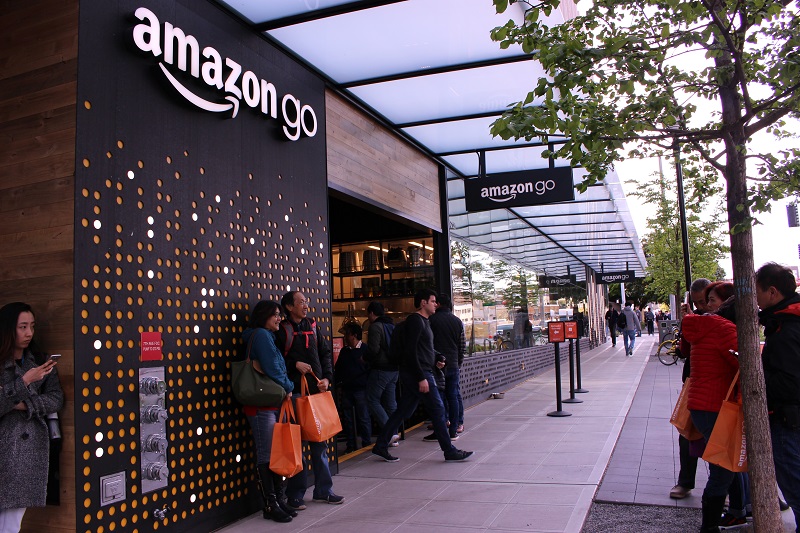 From futuristic prediction to retail reality, the technology driving artificial intelligence, robotics and automation is here and it’s transforming the retail industry. One of the most notable examples of this in action has been the cashierless store.

First launched in the U.S. by Amazon in 2018, the concept allows shoppers to choose their items in-store and pay for them via an app. The entire process is automated, enabling consumers to walk out of the store without needing to interact with a member of staff or use the checkout to pay for their goods.

In the UK, Sainsbury’s was the first to turn one of its local stores in Holborn Circus in London into a till-free branch through the use of its ‘SmartShop Scan’ app. While the trial has since ended, consumers can still use the app to shop cashlessly in that store, as well as in eight others across in the city.
In addition, having rolled out more than a dozen Amazon Go stores across Seattle, Chicago, New York and San Francisco, cashierless convenience store pioneer Amazon is also reported to have secured a UK site in London.

Unwilling to risk being left behind, recent reports indicate that Tesco has partnered with a start-up that uses artificial intelligence to create checkout-free operations for large grocers. So, they could well be next in the now-obsolete queue to go cashierless.

Elsewhere, cashierless stores are becoming more commonplace across the globe - with Decathlon in the Netherlands, Walmart in Canada, and Bingobox in China, to name but a few. And according to The Wall Street Journal, 28% of retailers that responded to an IDC survey are testing cashierless technology, so we’re likely to see it become more commonplace over the next few years.

The personal touch
The benefits for shoppers are clear – convenience and speed. No queues and no waiting. And with retail margins now tighter than ever, anything that improves the shopper experience and saves money at the same time is an obvious winner for retailers.

Much as it’s a convenient way to shop, cashierless stores transform the shopping experience into one that’s almost devoid of human interaction. This more transactional experience presents a conundrum for retail marketers when it comes to delivering the best customer experience in-store using personalisation. This is especially true given it is now more critical than ever for marketers to know their customers, understand their needs and behaviours, and engage with them in meaningful, relevant ways.

An opportunity for retail marketers
To overcome this challenge, the answer lies in data. In order to shop in a cashierless store, shoppers must first download an app – giving retailers scope to collect a wealth of data from every transaction.
This data can be used to leverage customer insights, such as how frequently the shopper is in-store, which items they purchased, and how much they spent, making the shift to cashierless a real opportunity for marketers, rather than a threat.

Marketers can use this data to build up long-term pictures of their customers to better understand them. They can then use these insights to develop targeted, relevant and personalised offers based on their past and current purchases and frequency of visits, all gleaned from their actual shopping behaviour, and delivered to the shopper via a digital receipt.

Much as we refer to these stores as being ‘cashierless’, that doesn’t necessarily mean without staff. Customer service is still an essential ingredient of any retail environment, and often a key differentiator.

Store staff who would have manned the checkouts, can instead be redeployed - assisting shoppers where needed, locating items within the store, or simply just being available if anything goes wrong. There’s also an added benefit; interaction between staff and customers actually helps create an emotional connection with the brand and helps build brand loyalty.

While the advantages of cashierless stores are obvious, especially in terms of speed of service, personalisation still has a role to play. And as cashierless technology becomes more widespread within retail stores, striking the right balance between technology, personalisation and face-to-face service will be key to securing customer buy-in.

Has the department store had its day?

The high street revival: how data can help

Can emerging technology maintain personalisation in the age of cashierless retail stores?